We have doing some improvements on Title layout of documents so it looks more as a part of the document.

Also we made improvements of place for the buttons we have to get rid of the whitespace.

Title now as a part of the document and the favourite star is moved up to the i icon: 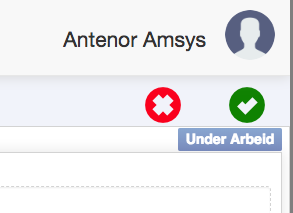 likely to be filled out than before.

Did you find it helpful? Yes No

Send feedback
Sorry we couldn't be helpful. Help us improve this article with your feedback.